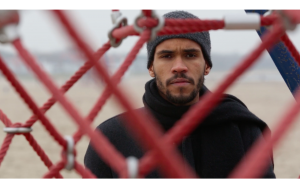 The movie depicts a journey of a gay African refugee seeking asylum in Germany. He was forced to leave Nigeria to save himself and his love.

You can watch the trailer here.

about the author
Leandro Goddinho is a Brazilian filmmaker, screenwriter and editor, based in Berlin. His short films won more than 90 awards in film festivals around the world.