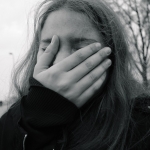 Sara Preradović was born in 1990 in Senta, Serbia. This year she graduated at the Faculty of dramatic arts in Belgrade on camera department. She is also an activist for migrants’ rights.

Sara Preradović will participate in a discussion about socially engaged film, which will take place on Wednesday, 19th June 2013 at Kiberkino (Kiberpipa) at 7 pm.