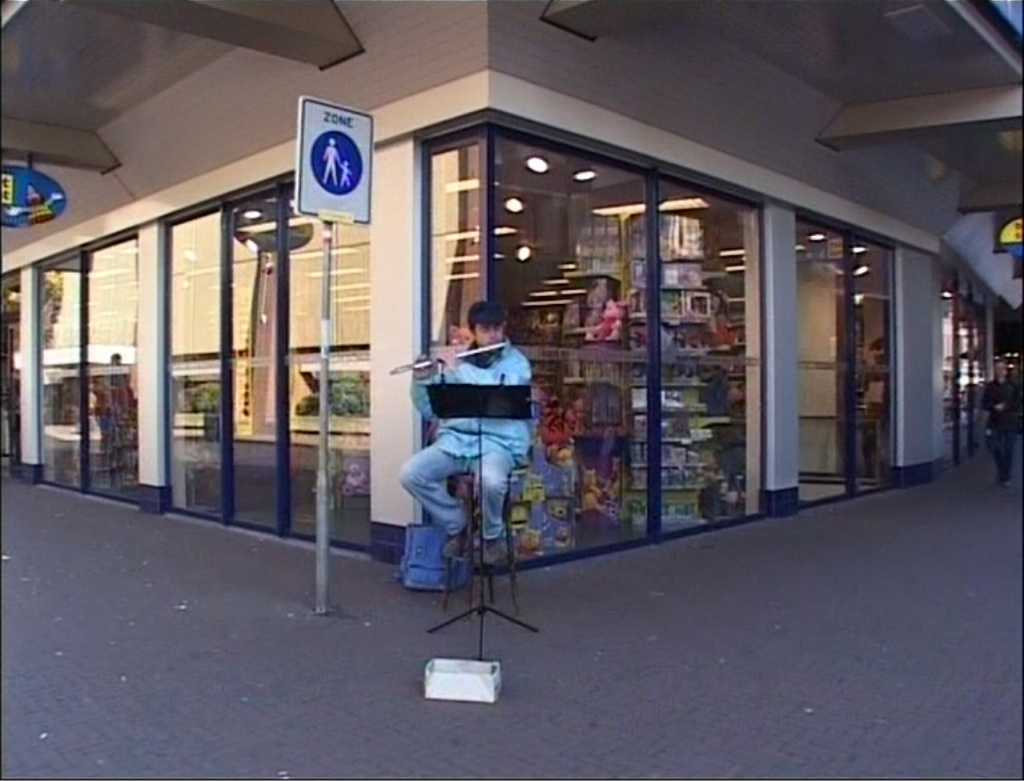 Faruk Karabegovic is a street musician. Every Saturday he stands there, on the small square in Roermond, playing for the occasional passer by. Faruk has become a bit of a local attraction over the years; people sympathize with a man playing a flute. But very few know that he was not always a street musician. Back in his homeland, Faruk was the first soloist of the Sarajevo symphonic orchestra. In the early nineties, during the war in Bosnia, he arrived in Holland as a refugee. During his stay in the refugee centre, expecting the war in Bosnia to end, he began to play on the street. Ten years later, Faruk is still in Holland and still playing as a street musician.
Symphony for a Street Musician – like a real symphony – consists of four parts. In each of these four parts, one aspect of Faruk’s life is put under a magnifying glass.

Sergej Kreso (Sarajevo, Bosnia and Herzegovina, 1963) graduated at Faculty of Political Sciences in Sarajevo, Department of Journalism. Kreso worked as a radio-broadcasting journalist at RTV Sarajevo and Radio Doboj. In 1993, during the war in Bosnia, he left the country and went to the Netherlands where he continued his journalistic activities for radio and TV. In addition to his work as a journalist he writes articles and essays. Migration, human rights and refugee topics are his main subjects.