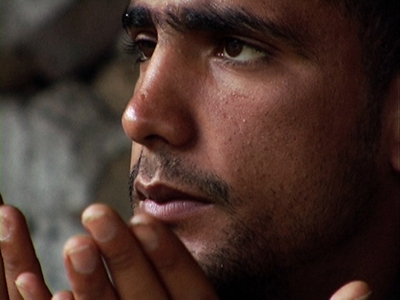 From February to April 2011, 23 thousand Tunisians reached the tiny island of Lampedusa, Italy. The Italian Government called this event an invasion, a barbaric horde, a biblical exodus, a humanitarian tsunami. But nobody spoke about the stories of these young people.

From the refugee camps of Manduria, Mineo and Palazzo San Gervasio (Southern Italy), five of these young people tell us about the constriction of their whole life under the regime of Ben Ali and about the unexpected and groundbreaking revolution that made the President flee. Then the possibility to leave: for someone a long-lasting dream, for others just a sudden decision. Those are the best years: the ones of a generation that lived without freedom for too long that now has decided to take it all. 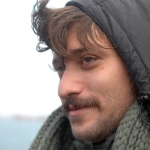 Matteo Calore (Camposampiero, 1983) is a camera operator, director of photography and participatory video trainer. He has been DoP for programmes and documentaries broadcasted on MTV, SKY, RAI 1, RAI 2, ARTE, Comedy Central and Canale 5. Since 2006 he works with the director Andrea Segre, alternating the role of operator, director of photography (La Malombra, Il Sangue verde), with the role of first direct assistant (Pinuccio Sciola e il cantico delle pietre, Magari le cose cambiano, Io sono Li). Our Best Years is the first documentary as a director. He is a member of ZaLab. 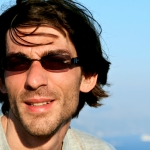 Stefano Collizzolli (Padova, 1978) is a Participatory Video (PV) practitioner. He worked as a project designer and field trainer in PV workshops in Italy (Padova, Bologna, Roma, Eolian Islands), Spain, Palestine, Tunisia and Dominican Republic. He’s a documentary film director and editor. As a lecturer in Sociology of Communication at Padova and Bologna Universities, his main research interest are: visual methodology; migrations and visual identities; participatory video. He works as a freelance videographer, photographer and graphic designer (communication & corporate image for profit and non-profit organizations) and as a freelance journalist (il manifesto, Diario della settimana, Carta. CartaNordEst, passages). After co-founding ZaLab in 2006, he works primarily with developing Participatory Video (PV) as a communication tool for grassroots participation and alternative communication.