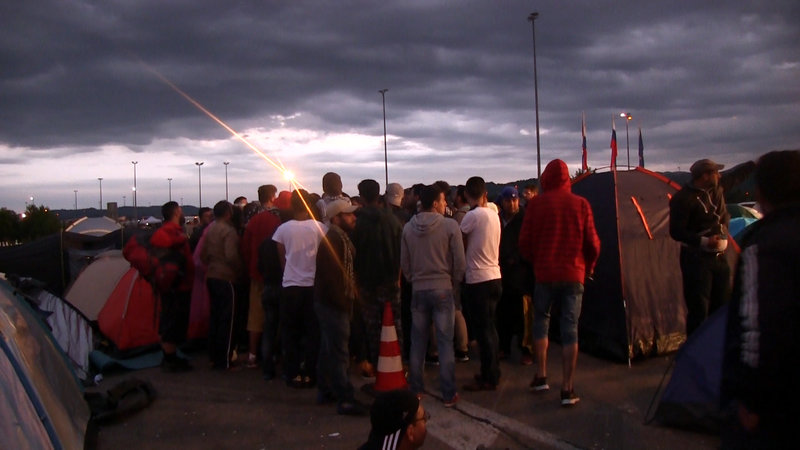 synopsis
In 1966, youth work brigades, lottery games, support of the broader local community and the construction giant Vegrad, now bankrupt, produced 2,000 m2 of exhibition space in 50 days.  The opening ceremony that followed was held under the auspices of the United Nations, where the Democratic Federal Yugoslavia was among the founding members. The round anniversary of 20 years from the end of the war and still 20 years away from the creation of the declaration of human rights set the context of the exhibition entitled Peace, Humanity and Friendship Among Nations. The Yugoslav embassy in Damask provided four works that were not preserved in the collection. Price: $15 and $25. Title: Family and Worker. What was that picture then, and what picture can we imagine now, almost half a century after the exhibition – when Yugoslavia has been erased from the map, and Syria is now, at this very moment, being erased, too? First prize was awarded to a Swedish artist whose work War not only reflected the history past but also talked about the unthinkable threat of the future.
Newsreel 62 juxtaposes these seemingly unrelated time fragments from past and presenting a world that increasingly resembles “worldliness”.

About Newsreel Front
As a type of subversive documentary and essayistic film practice, newsreels in former Yugoslavia were a rare, but most precious form of political cinema. In the 1960s, committed filmmakers used them to probe the neuralgic areas that the media subordinated to the ruling ideology steered well clear of 45 years later, a new newsreel front of political cinema is emerging in Slovenia, again peering into devastation, this time left behind by the maelstrom of rampant capitalism. By confronting past works and creative initiatives of the present, Newsreel Front tries to reaktualize the question of the necessity of committed film journalism in various socio-political constellations.
(Andrej Šprah)

Newsreel Front is an informal collective of workers coming from the field of theory and art practice.
http://www.obzorniska-fronta.si/indexe.html