synopsis
Abdul, Brian und Farid are stranded in a secluded home for asylum seekers in the small town Belzig in the German region of Brandenburg. Starting from there, they are looking for a way into German society. Their imaginations clash with the local mentality at village fests, in government agencies and night clubs. Instead of evoking consternation, Land in Sight focuses on the unintended humour of those encounters.

“Land in Sicht is not only a very well made film in cinematic terms, it is also a very sensitive exploration into the lives of three foreigners and their hopes and dreams as they try to be part of the German society.” – Toby Ashraf, Stil in Berlin 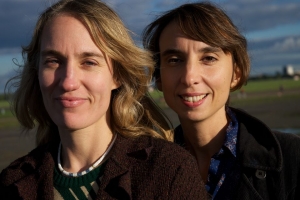