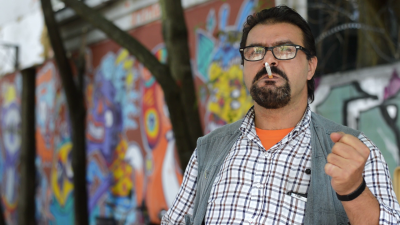 about the film
This short documentary paints the portrait of Ahmad Shamieh, a barber from Syria that arrived in Slovenia in January 2016. Despite many attempts, he still doesn’t have a legal status, even worse, he has been threatened to be deported to Croatia. While his situation is still being discussed in the Ministry, Ahmad can’t do anything else but wait.

about the author
Andreea Udrea, born 1994 in Buzau, Romania, studied psychology at the University of Bucharest where she first gained an interest in social issues. In 2017, she started her path in filmmaking at Luksuz Produkcija, where she continues to make films with a focus on social-political topics.