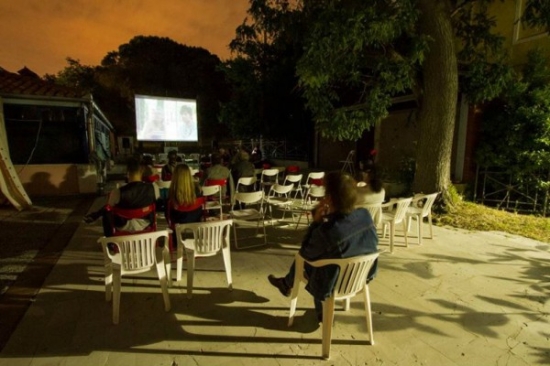 The fifth edition of the Festival of Migrant Film will be screening two films at the Isola Cinema International Film Festival, which will take place in the town of Izola, Slovenia on June 4th-8th. East of the Sun West of the Moon – Tales of Migration (directed by Marianna Vas, Italy, 2013, documentary, 10′) and Albatrosses (directed by Michael Kren, Austria, 2013, feature film, 13′) will be both screened on June 4th as part of the Video On The Beach Programme. In addition, at the Isola Cinema will be screened two other films addressing migrant issues, namely Hassan’s Way (directed by Fran Araújo/Ernesto de Nova, Spain/Portugal, 2013, 86′) and Springtime Suns (directed by Stefan Ivančić, Serbia, 2013, 23′).

More information on the Isola Cinema festival programme at the following link: http://www.isolacinema.org/en/programme/films/video-on-the-beach-17975

First discussion kicks off on Friday!

First discussion of the Fifth edition of Festival of Migrant Film...

And the winner is…

Extension of selection of the movies – FMF 2014

FMF has received a record number of film applications for 2014;...

Films bring the world of heroes to our everyday lives, serving...