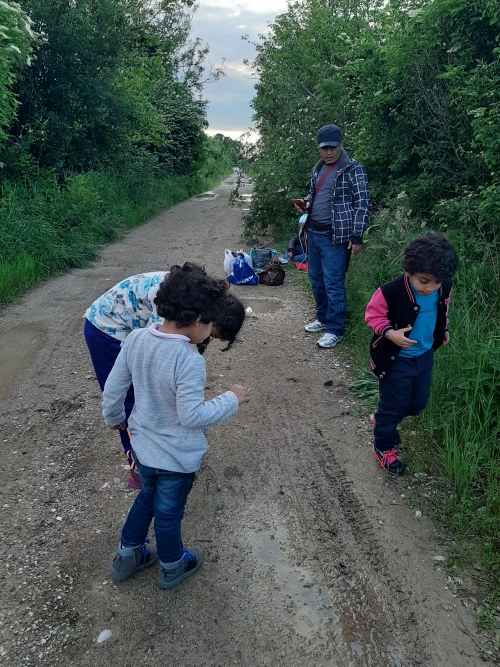 about the film
Since the beginning of 2019, over 20,000 refugees and migrants have crossed Bosnia and Herzegovina, headed for the Western Europe. Rugged terrain and the behavior of the Croatian police make the journey difficult, but they are not giving up. Prompted by cruel destiny, fleeing from war in search of a better future for their children, they are determined to continue the journey. At the heart of the story is an Iraqi family trying to reach Germany, because their little girl has been diagnosed a spinal condition called Spina bifida and needs to undergo a surgery procedure. She cannot get the treatment neither in Greece nor in BiH. Determination and perseverance of her parents, despite the brutality they had experienced throughout the journey, have not subsided even after more than twenty futile attempts to cross the border and reach the desired country. They call it the GAME. However, it turned out to be more than a game. 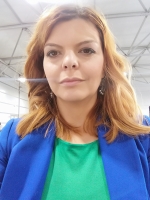 Nadina Maličbegović (born August 23, 1980, Zenica, Bosnia and Herzegovina), Bosnian journalist who works for Aljazeera Balkans since 2011. As a news correspondent she is reporting from the field, covering social and political issues but also very important international events. Before Aljazeera, she used to work as a reporter, and for a short time as an editor on the State Television of Bosnia and Herzegovina (BHRT). After graduation on the Faculty of Political Science in Sarajevo in 2005, she became a Master Degree in Communicology. Go Game is her first documentary.

‘As Correspondent for the last 15 years, I have experienced and seen many different situations and bumped into many different characters. I’ve met both good and bad people, encountered negative and positive situations. Some stories were heart breaking, but that’s all part of my job.
In the last 5 years, since the migrant crisis started to escalate, I have looked for and followed many different stories related to this major global topic. In Greece, Croatia, Austria, Germany, Ukraine, Italy and other countries, I came across many different migrants’ stories and situations.
In 2019, these stories came to me directly as Bosnia and Herzegovina became the migrant crisis hotspot. In May 2019, I covered a migrant story for the news. I went to Bihać, Bosnia and Herzegovina, near the Croatian border. Covering this story, I realized what these people were going through, how much suffering they had to experience. They were not only running from the war disaster in their native countries, but also escaping to Europe for other livelihood reasons. That is how I met the Al Sadi family from Iraq who were trying to reach Germany because their little girl had been diagnosed a spinal condition called Spina bifida and needed to undergo a surgery procedure. She could not get the treatment neither in Greece nor in BiH. My crew and I were about to shoot news reportage about this family for the evening news. However, we did not do that, as we realized that we needed to film them for a longer period, in order to follow them and find out what would actually happen in the end. Before we met them and started following them with camera, Al Sadi family made 17 crossing attempts but were each time brought from Croatian territory back to BiH.
Our challenge to film the family was enormous as we faced legal restrictions in trying to meet, communicate and move with the family in both border zones. Amid all these difficulties, we became closer to the family and decided to continue filming them using the major camera plus a smaller one, as well as the family’s existing footage in order to deliver the story to our audience as visually and creatively as possible.’