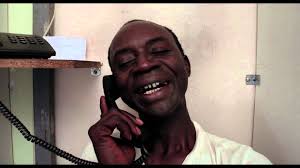 synopsis
Spirit of a drowned refugee in search of their loved ones is travelling along the southern border and watches fellow sufferers, who are like him, stuck somewhere between hell and paradise. An unusual blend of documentary and fiction is an unconventional and poetic way of addresing urget social problem.

first hand account
»Many of the refugees I met, told me that on Lampedusa and in Greece feel like phantoms, like souls in purgatory. So I got the idea for the film. The refugees come from hell and are destined for paradise, but are stuck somewhere in between. Often they are literally without identity, as they don’t have passports, no one knows them, no one can help them, they can’t return and have no future. In addition, in my thoughts always came some kind of floating images. I was inspired by the film Wings Over Desire by Wim Wenders and Gaspar Noé with its endless footage in motion. /…/ In mass media reports i miss depth. Their approach is superficial and propagandistic. I think especially of the news. I do not believe them any more. Reporters pretend to be objective, but in fact manipulate. Stories and quotes they choose put the immigrants in the role of victim. They accept these roles and start complaining in front of the camera. The audience can’t help themselves with such attitude. I also observe this in myself: because I can’t take a side, I distance myself. That is why I didn’t want to make a film that would weep for the asylum seekers, I wanted to give them a face. I don’t try to be objective in the film, but be honest about my subjectivity.« – Morgan Knibbe

about the author
Morgan Knibbe (1989, Netherlands) graduated from the Dutch film Academy with his  short experimental film A Twist in the Fabric of Space, which quickly gained  recognition by the Dutch film industry. In 2014 he made the films Shipwreck and Those  Who Feel the Fire Burning. Both films focus on the European refugee crisis in the  mediterranean.