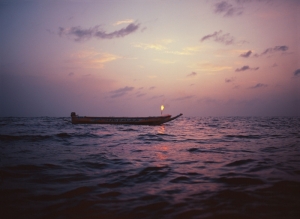 synopsis
From the edge of the sea to the edge of the horizon, islands appear as network points of displacement to reach other destinations. In the last decade thousands of immigrants have left their homes all around the globe. Leaving memories behind to chase the dream of recreating a new start. Betting their lives on a perilous journey across the seas, jumping on vessels, hoping for landfall in a prosperous place. Attracted by the atmosphere of an unknown journey, made by anonymous people. This films reflects on the ‘Migration’s bubble’, people, places, sound and light.

about the author
Enrique was born in Chile (1968). He lives and works in London.
He resolved to move to the Atacama Dessert for couple of years, avoiding the political scenario of last years of the dictatorship regime. He was deeply changed by the mystical experience of living in the desert highland. His passion for the arts and literature made him return to his natal Santiago to start his visual studies and shortly thereafter receive recognition for his work and begin work as a photographer and beginning later to explore video.
In the late 1999 he moved by the desire to experience new cultures, he travelled to former Yugoslavia and lived in Ljubljana, Slovenia, working and learning light techniques as studio assistant, and later moved to London in 2001.
Being receptive to new and old technologies, science, history and social process, he develops into his work concepts and ideas to exploit video or photography’s multiple social functions, by affirmation or critical reflection. He is no longer concern with his mediums as illusory reproduction of something else. The interest of make the process evident showing the construction of an image or video has the same importance as the subject itself, so by focuses experimenting with photographic techniques or digital manipulation he aim expand the narrow horizon of the visual mediums typically understood an approached as a way of document ‘reality’.
He has produced music videos and documentaries and mainly images for editorials and architecture studios, collaborate with artists and develop as well his projects.