synopsis
The Land Between offers an intimate insight into the hidden lives of Sub-Saharan African migrants living in the mountains of northern Morocco. For most, their dream is to enter Europe by jumping a highly-militarized barrier into Melilla, a Spanish enclave on the African continent.

With unique and unprecedented access, this film documents the everyday life of these migrants trapped in limbo, as well as the extreme violence and constant mistreatment they face on a daily basis from both the Moroccan and Spanish authorities. It also explores many universal questions, including how and why people are prepared to risk everything, including their life, to leave their country, their family and friends, in search of a new and better life. 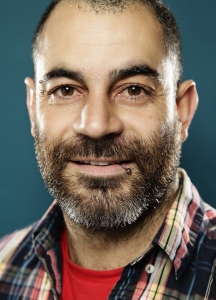