about the film
Poetical presentation of the song from Persian poet Rumi, who was theologian and Sufi mystic. The song was written in the 13th century and it is about the difference and speciality and exclusion of individuals from society. The poet is searching for sense in rules that apply to the society and he highlights freedom, regardless of the colour of the skin, religion and social status. The film is a collage of various parts of the song, thus achieving timelessness of Rumi’s poetry and the universality of the topic. His poetry is transformed through the filter of present-day time, through personal experience. The song is placed in a modern society, with all its current difficulties. 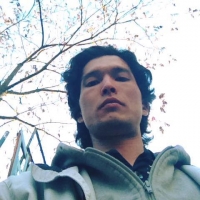 about the authors
Ahmad Adelian is from Kunduz (Afghanistan), he is 20 years old. He has been living in Slovenia since 2016 and he participated in thef film school in the project Blizu vas; within this project was made this film.

Nawal Chagar Perme came from Morocco to Ljubljana two years ago to join her partner – she says she’s a love migrant. She worked as an interpreter with the refugees at the movies workshops and liked what she saw. She was also a part of the project Blizu vas.

Agata Kochaniewicz is a cultural anthropologist from Poland, she is 31 years old and has already had experience with making documentaries. Her film “Święty M.” was awarded the main prize in the Paweł Edmund Strzelecki competition organised by Museum of Emigration in Gdynia. She spent one year in Slovenia where she participated in the film school project Blizu Vas.