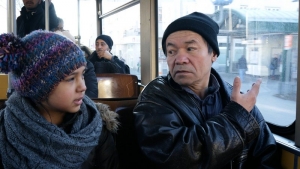 The film follows a group of young migrants in Vienna who break through the administrative labyrinths of checkings, trying to gain status and residence. The main hero is a 22-year-old Bagher, who embarked on his journey from Afghanistan when he was 17, leaving a war-torn family. Bagher, who speaks German very good and has an Austrian girlfriend, is going in the right direction towards becoming European, alongside his friends. But suddenly Bagher’s grandfather Haydar appears, arriving in Austria illegally through Slovenia. He comes bearing the message, telling Bagher it’s his duty to preserve the name and honor of the family because all the other men were killed in the war back in Afghanistan. (Source: zelimirzilnik.net)

A master of docu-drama, Želimir Žilnik and the actors filmed a lively and funny story about a young refugee, who finds himself in Wien, torn between freedom, that he is just starting to enjoy and the traditions of his homeland.

»After Destination Srbistan, which was very succesfull abroad, especially in Austria and Germany, I was invited to direct a film, which wouldn’t be about people in transition or migrating people, but about those, who came to stay. /…/ I thought, that it would be exiting to spend a couple of weeks researching, having conversations, writing and choosing interprets. I wanted to find topics, which are the most important to the people, but are not written about in the media. Topics that are connected with their system of values, family relationships and hirearchy…«
– Želimir Žilnik

You can watch the trailer here. 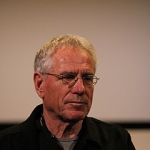 You can find more about the author and his filmography on his official internet page: www.zilnikzelimir.net.