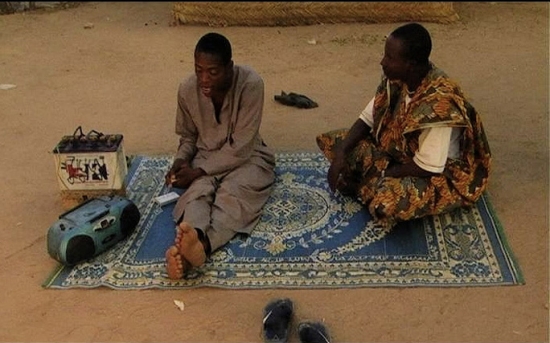 On Thursday the final roundtable of the FMF 2013 took place in the premises of City Museum of Ljubljana, following the screening of Valerie Osouf’s amazing film “National Identity”. The debate focused on the topic of migrations in the light of identity and citizenship and ofered very interesting and insghtful thoughts by Ms. Osouf, researcher and video artist Lana Zdrvković and researcher and lecturer Aleš Bučar Ručman.

Foreign / Fremd directed by Miriam Fassbender follows an “illegal migrant” on his journey to Fortress Europe along one of the frequented routes from Africa – via Algeria and Morocco – to Spain. The issue of “illegal migration” is tackled with the utmost seriousness, dignity and understanding, yet without moralization, defeatism and humanitarianism. From a simple documentary perspective that intelligently avoids victimisation, this excellent film reveals all the racism of European migration policies.

My House Without Me / Mój dom by Polish director Magdalena Szymków is a poetic documentary about two women who survived the Second World War and persecution on ideological grounds. It is a fine example of intimate documentarism showing, among other things, how someone becomes a “migrant” not as a result of their own movement, but due to the politically motivated shifting of borders. This is a tragic, rarely seen story about people in a divided Europe after the Second World War.

We wish to offer our congratulations to Ms. Fassbender and Ms. Swymków and invite the festival audience to join us at the screening of the winning films today (21.6.) at 21.00 at Kiberkino! Author of the film Foreign will be present at the screening and will answer to the qustions from the audience after the projection.

The fifth edition of the Festival of Migrant Film will be...

First discussion kicks off on Friday!

First discussion of the Fifth edition of Festival of Migrant Film...

Extension of selection of the movies – FMF 2014

FMF has received a record number of film applications for 2014;...

And the winner is…